Along the north coast of Puerto Rico, there are various natural pool beaches, Mar Chiquita is among the most popular, just 45 minutes west from the capital city of San Juan.  Along the cliffs, an opening allows the waters of the Atlantic to rush in creating a refreshing natural pool.

A legend explains how the beach was formed: A beautiful Puerto Rican woman used to walk along near the edge of the cliff.  One day as she was walking, an earthquake caused her to slip and fall into the ocean.  Miraculously, part of the cliff breaks, the current that began to flow between the rocks pulled her back to the shore, saving her life.  Mar Chiquita was formed and remains today for everyone to enjoy. 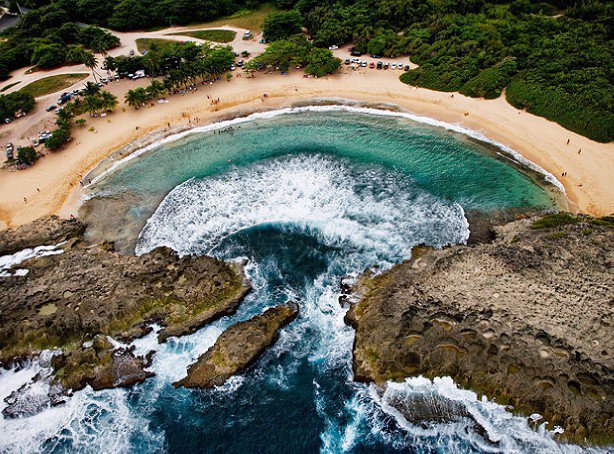 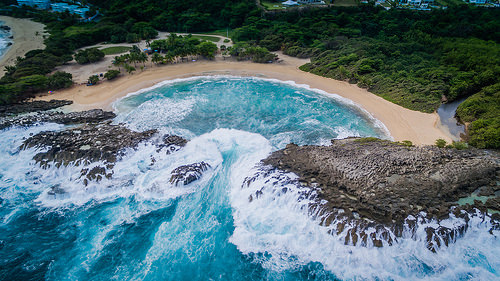 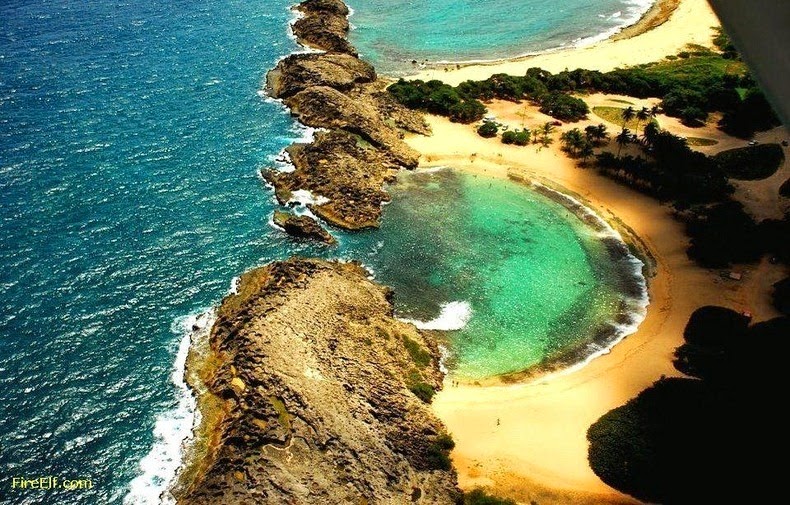 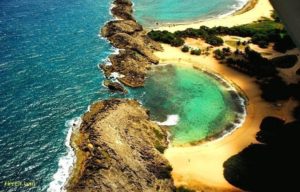 You need to take the highway 22 , going accross the norht of Puerto Rico to the West. It is only 1 housr driving from San Juan Airport. On the way , next to the beach , you have BARCELONETA OUTLETS in Case you want to buy cheap clothes or similar.

This is a beautifull beach , i recommend to visit it during week days if you can. 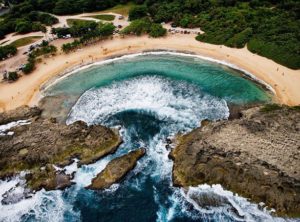